Between the ongoing COVID-19 pandemic and the surging price of groceries, many people throughout Cape Cod are struggling to make ends meet as the holiday season ramps up. 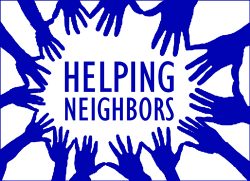 “It’s crazy this time of year because people are getting laid off, so that bumps the need,” Family Pantry of Cape Cod Executive Director Christine Menard said. “Ten percent of the Cape is food insecure — that’s about 23,000 people, and 10,000 of them are here. So, there’s a lot of people counting on us.”

As it does each holiday season, The Cape Cod Chronicle is encouraging its readers to contribute to the Family Pantry of Cape Cod as part of the holiday edition of its Helping Neighbors campaign.

“It’s been a rough couple of years, and many of us are looking forward to coming together this holiday season,” Chronicle Publisher Henry C. Hyora said. “When we come together — Chronicle readers, advertisers and employees — to support the Family Pantry, that’s something special.” 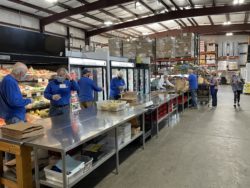 “We have an anonymous match for $50,000, so hopefully we’ll earn $100,000 this season,” Menard said. “Usually, I know who the match is, but I don’t for this one, so it’s really anonymous. That’s going to make a big deal — every dollar that we raise can buy four meals, so we’re pretty efficient.”

Hyora is confident the community will rally around the increased goal.

“Setting this year’s financial goal so high is a leap of faith,” he said, “but season after season, our readers dig deep for Helping Neighbors, and we know they’ll do so again this year.”

Learn more about the hidden face of Hunger on the Lower Cape in this special video report: