Solar canopies like these at Captains Golf Course in Brewster might be going up at the Chatham Airport. ALAN POLLOCK PHOTO

CHATHAM – Engineers will soon study whether rooftop and canopy solar installations could generate enough electricity to fully power the Chatham Municipal Airport. In time, they could also see whether it is feasible for the airport to host the electric aircraft of the not-so-distant future.

Meeting last month, the airport commission unanimously approved hiring engineers Weston and Sampson and Rivermoor Energy under a $50,050 contract to carry out the limited study. The engineers will review the concept of installing a solar canopy over the current gravel parking lot near the town hall annex, putting panels on top of hangars and on the planned new administration building, and creating a “plane port” canopy similar to the one envisioned for the parking lot.

“Essentially we’re looking at generating enough electrical power to run the airport, runway lights, buildings, et cetera. Is that correct?” commissioner William Schultz asked the consultants. Project Manager Joanna Hall said the goal of the study is to make that determination by judging how much power the solar installations could generate, then comparing that with the facility’s current and projected electrical needs.

Commission Chair Huntley Harrison said he visited the solar canopies installed by the town of Brewster over the parking lot of its municipal golf course, Captains Course, and over its nearby driving range.

“The town is making significant money from its installation,” he said. While he favors studying the idea of canopies for the airport, Harrison said care will need to be taken with the location, design and scale of the structures.

“When people come to the airport, they like to do plane watching. And if we have these canopies, that could curtail that,” he said. The scale of any canopies could also be an aesthetic issue for the airport. “It’s one thing to be green, but it’s another thing to be ugly green,” Harrison said.

In an alternate proposal brought by the engineers, the study could be expanded to include the feasibility of “runway electrification,” which involves giving the airport the capacity to charge battery-powered aircraft currently under development and limited production.

“It’s so new right now. Is there enough data out there?” Schultz asked. Hall agreed that the technology is still new, which poses challenges.

“This would be more of what I would consider a conceptual study, because so much is unknown,” she said.

The expanded study proposal, which would cost the airport an additional $43,780, would also include securing the permits for any recommended solar installations. While the airport commissioners supported the idea of the expanded study, Harrison recommended waiting to find out whether part of the project costs would be covered by the FAA.

“We think it would be,” he said. “Hopefully we’ll find out before the end of the year.” Under the FAA’s Airport Improvement Program, the agency can pay between 75 and 95 percent of the cost of eligible projects. In exchange, the town provides grant assurances that the facility will continue to be used for general aviation purposes and will comply with certain FAA rules.

“You’d think the FAA would be in favor of electrification,” commissioner Mike Geylin said.

“We think this is right down the middle of the plate,” Rivermoor Energy Managing Director John Tourtelotte said of the potential grant application.

In related news, the commissioners reviewed a conceptual design for a bank of electric vehicle charging stations that could be installed in the gravel parking lot at the airport. The bank would have three “Level 2” chargers capable of charging vehicles in several hours, and two “Level 3” units capable of charging a car in 20 minutes. If the project advances, state and federal funds may be available to help cover the cost. 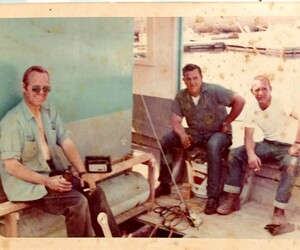