CHATHAM – A battle of the donuts could be looming, with a proposal for a Honey Dew Donuts outlet just one mile down the road from Dunkin Donuts.

Traci and Tony Gionfriddo, who own and operate Honey Dew stores in Hyannis and Dennis Port, are proposing to open a third store in the former New England Pizza building at 1200 Main St.

The proposal is scheduled to have its first regulatory review by the historic business district commission May 5, and, because it is a formula business, will go before the zoning board of appeals for a special permit on June 10.

“There's enough room for everybody here,” said Traci Gionfriddo when asked about the competition, which includes Chatham Bakery, which makes its own donuts around the corner on Crowell Road. “We think we're right in that middle spot, halfway between Dunkin and the downtown area.”

Like Dunkin Donuts, Honey Dew Donuts is a home-grown Massachusetts coffee-and-donuts restaurant, opening its first shop in Mansfield in 1973. With corporate offices in Plainville, it has 145 outlets throughout New England.

The Gionfriddos have owned the Hyannis store for 13 years, purchasing it from Tony's brother, Traci said. The couple, who live in Brewster, were looking for a “growth opportunity,” she said, and her husband had met a member of the Mitrokostas family, which owns the Chatham building, and thought it would work for them.

Until 2019, the 2,400-square-foot building housed New England Pizza. It closed when brother and sister Sophia and Philip Malitas moved to 1077 Main St. and opened Knot's Landing Bar and Grill, continuing to operate New England pizza from that location. The Gionfriddos plan to lease the former pizza restaurant.

“It's going to be a bit different than the other stores we have,” Traci Gionfriddo said, because of its large dining room, something the other shops do not have. The menu will remain the same, however, with donuts, coffee, breakfast sandwiches, pastries, and hot and cold drinks. A preliminary plan filed with the HBDC application includes eight seats at a high-top counter along the west side of the dining area with additional table seating for about 22.

The HBDC application seeks approval for a ground sign along the street, a roof-top sign and an awning over the main entrance.

The town's formula business zoning bylaw applies to any business with standardized merchandise, menus, and décor used by 10 or more outlets. A formula business requires a special permit from the zoning board and site plan review by the planning board.

Gionfriddo stressed that the couple was still in the early stages of the approval process. They are targeting a September opening.

“We have a lot of work to do to turn it into a Honey Dew,” she said. 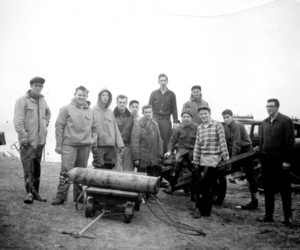