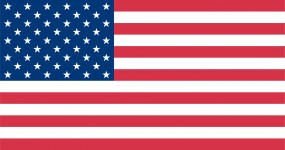 Barry Albert Knowles died on June 4th 2019 at the age of 81, following a rapid decline in health due to complications from pulmonary fibrosis.  He is survived by his former wife and dear friend Shirley Knowles along with their two children Bryan and Greg Knowles, daughter-in-law, Scotti Shafer and granddaughter, Radli Knowles.  He is also survived by a daughter from a previous marriage, Stephanie Knowles and grandson Stephen Knowles.

Barry grew up in New Jersey and Michigan, moving to Harwich in 1974.  He graduated from Lafayette College with a BA in Psychology and later obtained a Master’s in Education from Bridgewater College.  A Vietnam veteran, Barry served as a Navigator in the Air Force, earning 5 Air Medals and the Distinguished Flying Cross. Barry was seriously injured in the 1965 Bien Hoa Disaster and later resigned his commission as Captain in 1966.  He worked as a high school counselor before starting careers in real estate and as an antique dealer.

Barry loved Cape Cod, architecture, cars, and spending time in nature with particular interest in birdwatching.  He enjoyed walking Red River Beach, swimming, going to museums and symphony, taking road trips, eating good food, learning and was always reading books.  Barry was an interesting guy with unique taste and a sense of humor that will be missed and remembered by his friends and family.  While he requested not to have a traditional service, a small celebration of Barry’s life will be planned for later this summer. For those interested in making a charitable contribution on Barry’s behalf, he encouraged support of the Harwich Conservation Trust or the Massachusetts Audubon Society in Wellfleet.

The “gang” gathered in November 1980 for Roy Eldredge’s birthday in Chatham. PHOTO COURTESY OF DEBBIE ELDREDGE